Halloween is being celebrated to enjoy the scary night in the United States of America. On this night, people wear costumes of their favorite scary characters and celebrate this day by playing tricks or treats. This is the night when people wear ghost & witch costumes to scare others. This post is all about 30 Super Spooky Halloween Quotes which will give you shivers down to your spine. 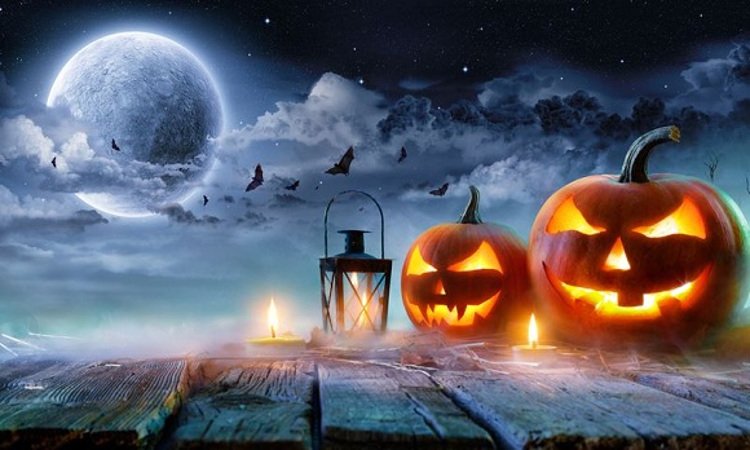 A person should always choose a costume that is in direct contrast to her own personality.

I put a spell on you because you’re mine.

I would like, if I may, to take you on a strange journey.

Halloween is not only about putting on a costume, but it’s about finding the imagination and costume within ourselves.”

Have you come to sing pumpkin carols?

If human beings had genuine courage, they’d wear their costumes every day of the year, not just on Halloween.

Halloween wraps fear in innocence, as though it were a slightly sour sweet. Let terror, then, be turned into a treat…

There is something haunting in the light of the moon.

On Halloween, witches come true; wild ghosts escape from dreams. Each monster dances in the park.

When witches go riding, and black cats are seen, the moon laughs and whispers, ‘tis near Halloween.

Magic is really very simple, all you’ve got to do is want something and then let yourself have it.

Nothing on Earth so beautiful as the final haul on Halloween night.

I’ll stop wearing black when they make a darker color.

Hell is empty and all the devils are here.

I love Halloween, and I love that feeling: the cold air, the spooky dangers lurking around the corner.

The moon has awoken with the sleep of the sun, the light has been broken; the spell has begun.

When black cats prowl and pumpkins gleam, may luck be yours on Halloween.

Halloween wraps fear in innocence, as though it were a slightly sour sweet. Let terror, then, be turned into a treat …

When the witches go riding, and black cats are seen, the moon laughs and whispers ’tis near Halloween.

She used to tell me that a full moon was when mysterious things happen and wishes come true.

It’s all just a bunch of hocus pocus!

‘Tis the night — the night of the graves delight and the warlocks are at their play; Ye think that without the wild winds shout, but no, it is they — it is they.

There is magic in the night when pumpkins glow by moonlight.

Every day is Halloween, isn’t it? For some of us.

Shadows of a thousand years rise again unseen. Voices whisper in the trees, “Tonight is Halloween!”