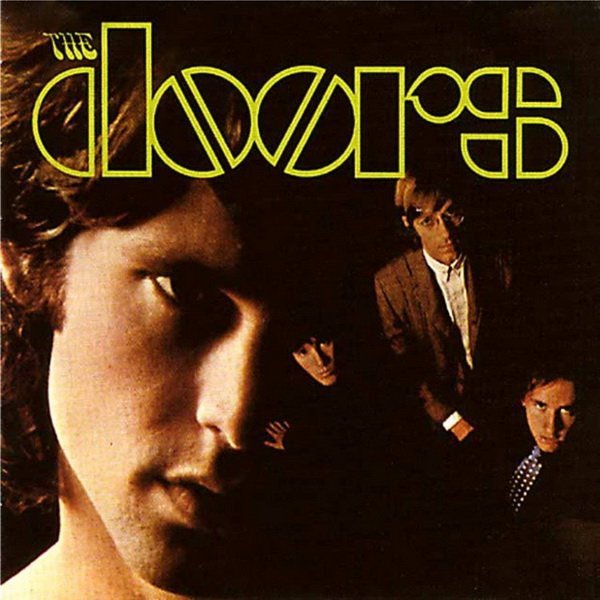 The iconic logo of the Doors first appeared on the cover of their self-titled debut album and then on the cover of 1968 album Waiting for the Sun, is one of the most famous band logos due to the employment of simple, bold geometric shapes as well as the reflective double O letters. In the upper left of the logo is the tiny yet essential “the” in Art Nouveau style.

The geometric “doors” lettering is very similar to a font called Densmore designed by Typodermic. The font is free to use but only available in lowercase letters. You can download the font for free here.

Since then, a couple of different logos were used on their album covers, for example, the cover of the 1971 album L.A. Woman features a rounded and plump Cooper Black.

And then an ultra-thin geometric style typeface on the cover of Other Voices, released in October 1971.

And finally, a copperplate gothic for their title on the cover of An American Prayer, the ninth and final studio album.

If you do not want to download and install the font but just like to create simple text or logos using The Doors Font, just use the text generator below.

The following tool will give you option to create images from your desire text using The Doors Logo Font, You can download image using right click after generating it. You can place image link at any place.